The resident timekeepers were recognised for their 50 year association with not just the club but also within Scottish Athletics.

Adding their names to a small but notable list of former members, which impressively includes their father Jock Carruthers, who was honoured in 1988.

The brothers, whose interests outside of running include golf and watching the Hawick rugby team, have spent their entire working life’s at Lyle and Scott’s. It was here where they formed part of the ‘factory fliers’ team with other prominent Harriers who worked there at the time.

Following successful running careers, especially at the Burns Club races with five wins between them, their focus moved to officiating and becoming timekeepers, not only with Teviotdale Harriers but also for Scottish and British Athletics.

Club President Alan Coltman said; “I am delighted to present Alan and Douglas with Life Membership of the Club and to thank them for their 50 years representing Teviotdale Harriers.”

In reply, Alan Carruthers, who’s a former club captain, thanked the Club on behalf of him and Doug and told at their pride and enjoyment to be involved with Teviotdale and commented of the changes they’ve experienced in their 50 years.

A special photo memento in recognition of their 50 years association with the Club and Scottish Athletics was presented and rapturous applause soon followed. 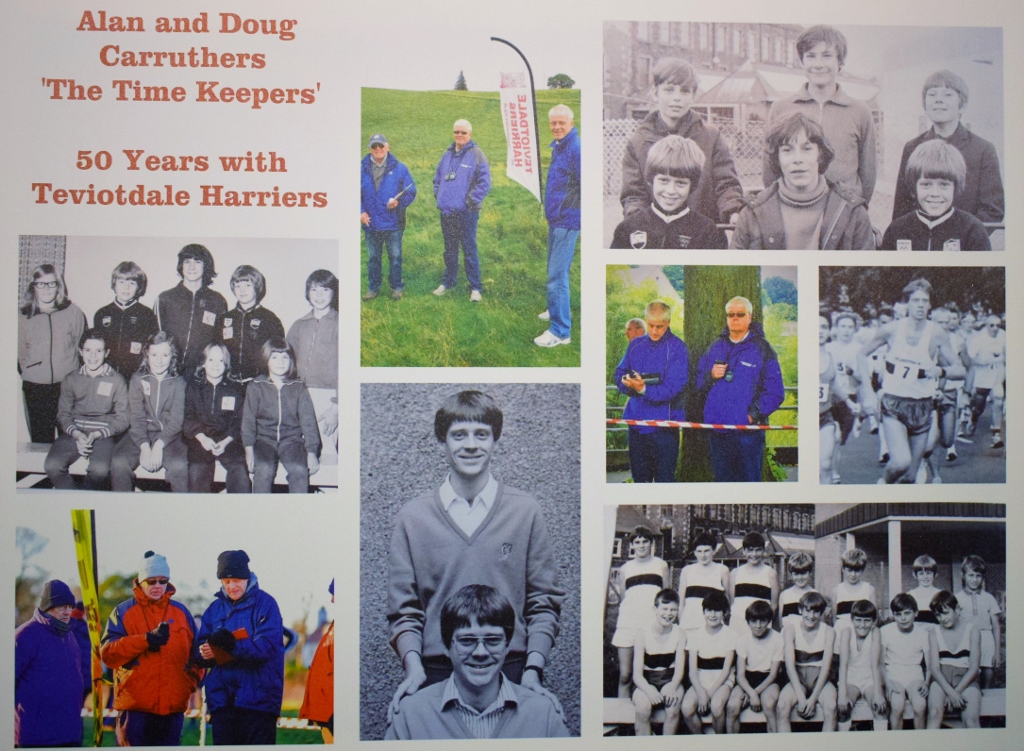