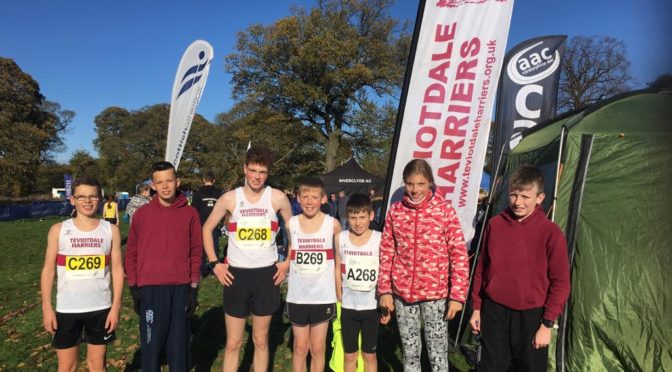 On Saturday 27th October Teviotdale Harriers made their way to the scenic setting of Cumbernauld House Park to compete in the annual Scottish cross country relays, writes Rory Anderson.

The Harriers were pleased to have over 20 members competing in the aged group races throughout the day which proved to be hugely enjoyable for all involved. 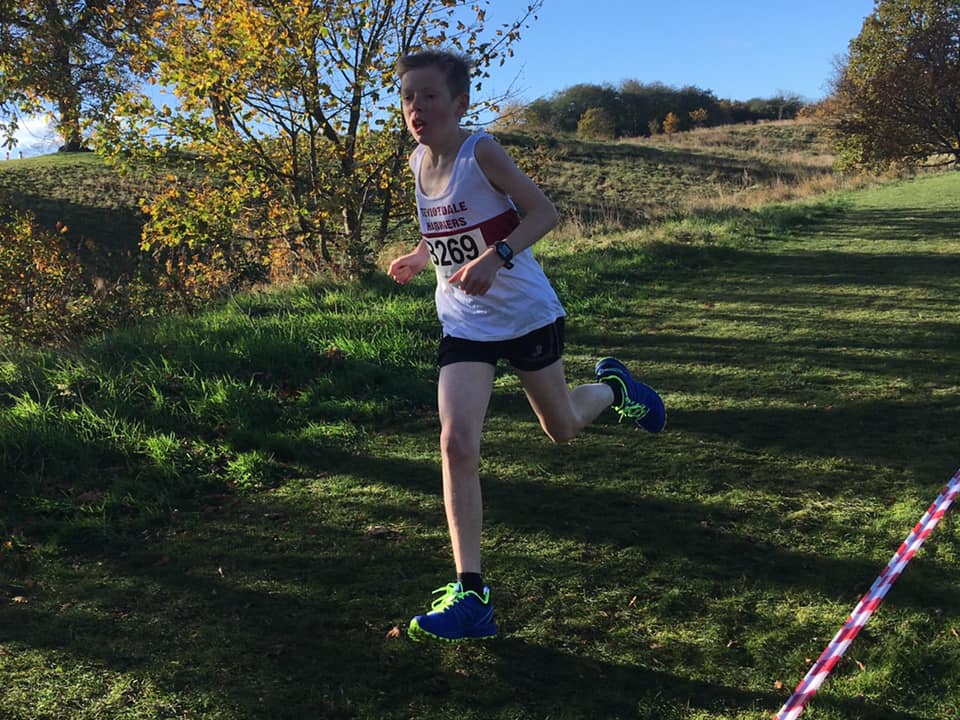 The wintery October weather could not have been better with the sun splitting the sky, ground condition firm and the wind favourable around the cross country course.

The first race of the day started at noon with Teviotdale Harriers Ava Hughes leading the charge in the under 13 leg of the girls race. With over 100 teams competing for the coveted National title Ava was determine to give it 100% however knowing that due to an injury of a teammate earlier in the week meant the Harriers were unable to raise a full team and challenge for the prizes. This certainly didn’t deter Ava as she swiftly moved round the 2.5km course using her strength in hills to pass many of her fellow competitors and completing the course in an excellent 12: 18.

Without a minute to catch breathe it was the turn of the Harriers boys to contend the National XC relays. Teviotdale boasted two full teams with Irvine Welsh (under 13), Conon Harper (under 15) and Fraser Clyne (under 17) making up one squad while Robert Wood (under 13), Robbie Welsh (under 15) and Tam Macaskill (under 17) the other. Both Irvine and Robert in arguably the toughest leg put both the Harrier teams in a strong position with times of 10.11 (Irvine) and 11.00 (Robert). Passing over to team mates Conon and Robbie, the under 15 leg pair were soon into their running and speedily making their way round the park to the hundreds of spectators that cheered every stride. Conon was the first to complete the leg in a time 9.48 shortly followed by Robbie Welsh 10.32. Conon Harper passed over to under 17 Fraser Clyne who over the last leg made up several positions, showing determination and strength to finish in a very impressive time of 8.37 (averaging 5.20min/miles) and with a combined time over the three legs of 28.38 placing Teviotdale’s first team 33rd out of 103 teams. Tam Macaskill showed great maturity as he moved up an age group to complete his leg in a time of 9.59 and placing the Harriers second team home in 79th place in a time of 31.32. 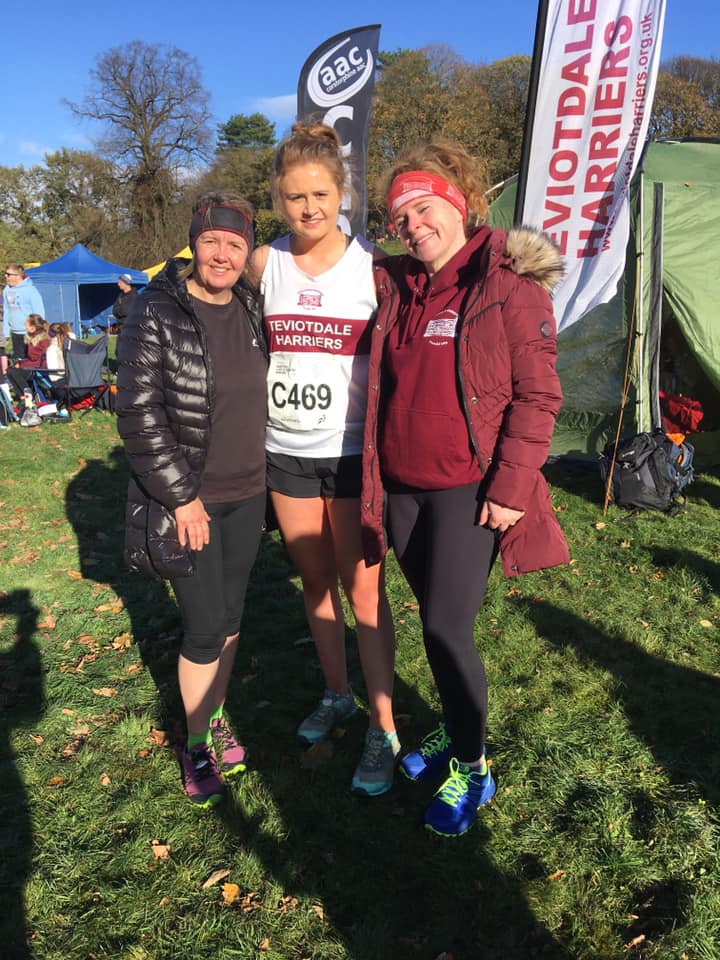 It was then the turn of women’s team with Ann Aitken, Donna and Ishbel Inglis flying the flag for the white and maroon Teviotdale Harriers over the 4km course. Ann in her typical gutsy running produced a great first leg in a time of 22.06, handing over to Donna who has shown recent form and crossing the line in 21.46 before handing over to daughter Ishbel. Ishbel who is slowly returning from a long term injury finished quickest of the three Harriers ladies clocking a time of 20.56. 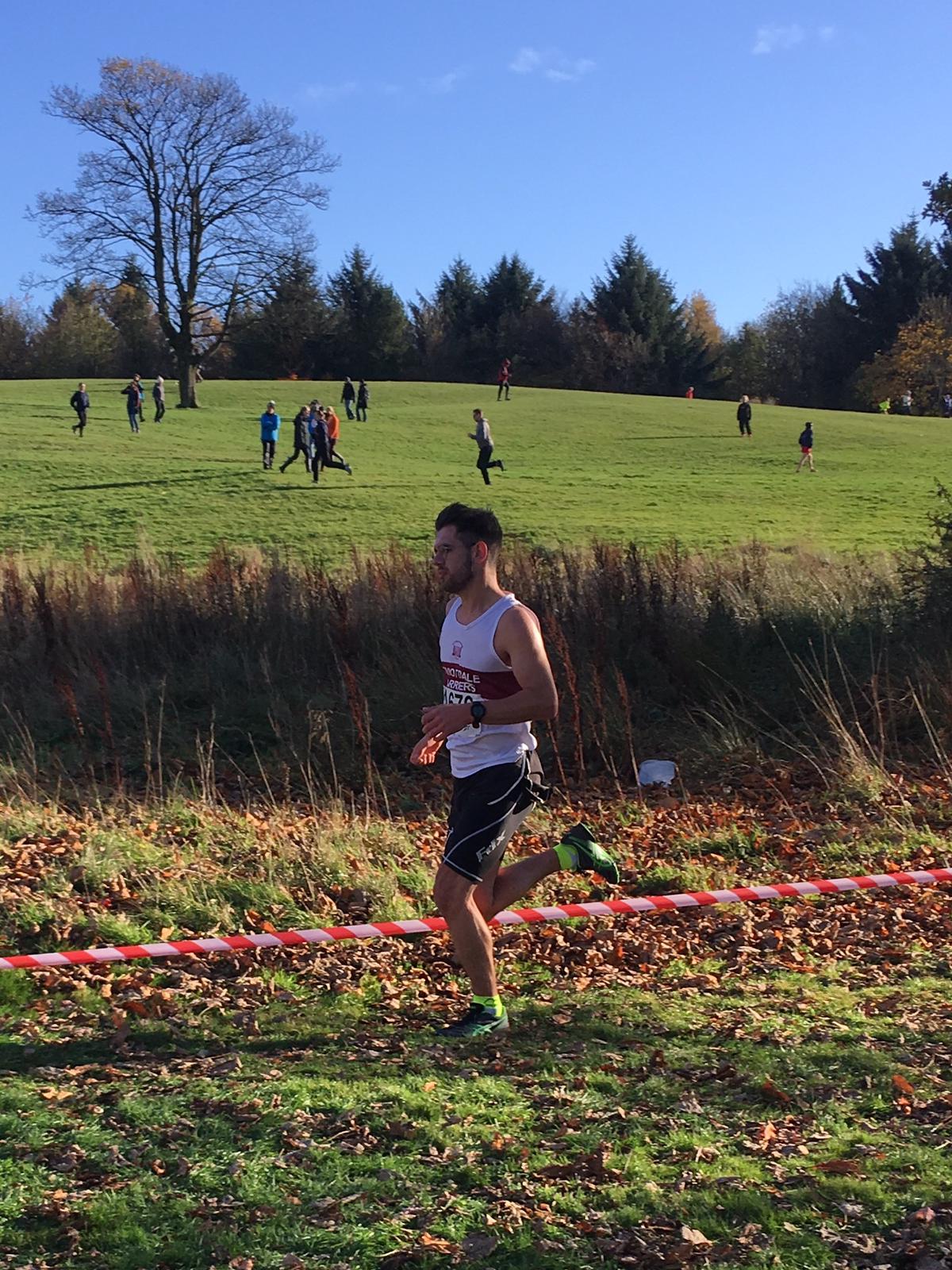 At 14.45 it was the turn of the 119 men’s team to attack the Cumbernauld 4km Cross Country Course and the quality of runners didn’t leave the on looking spectators disappointed. As the medal were contending for by the bigger city teams, Teviotdale Harriers two teams of four battled it out for position in the middle of the pack. 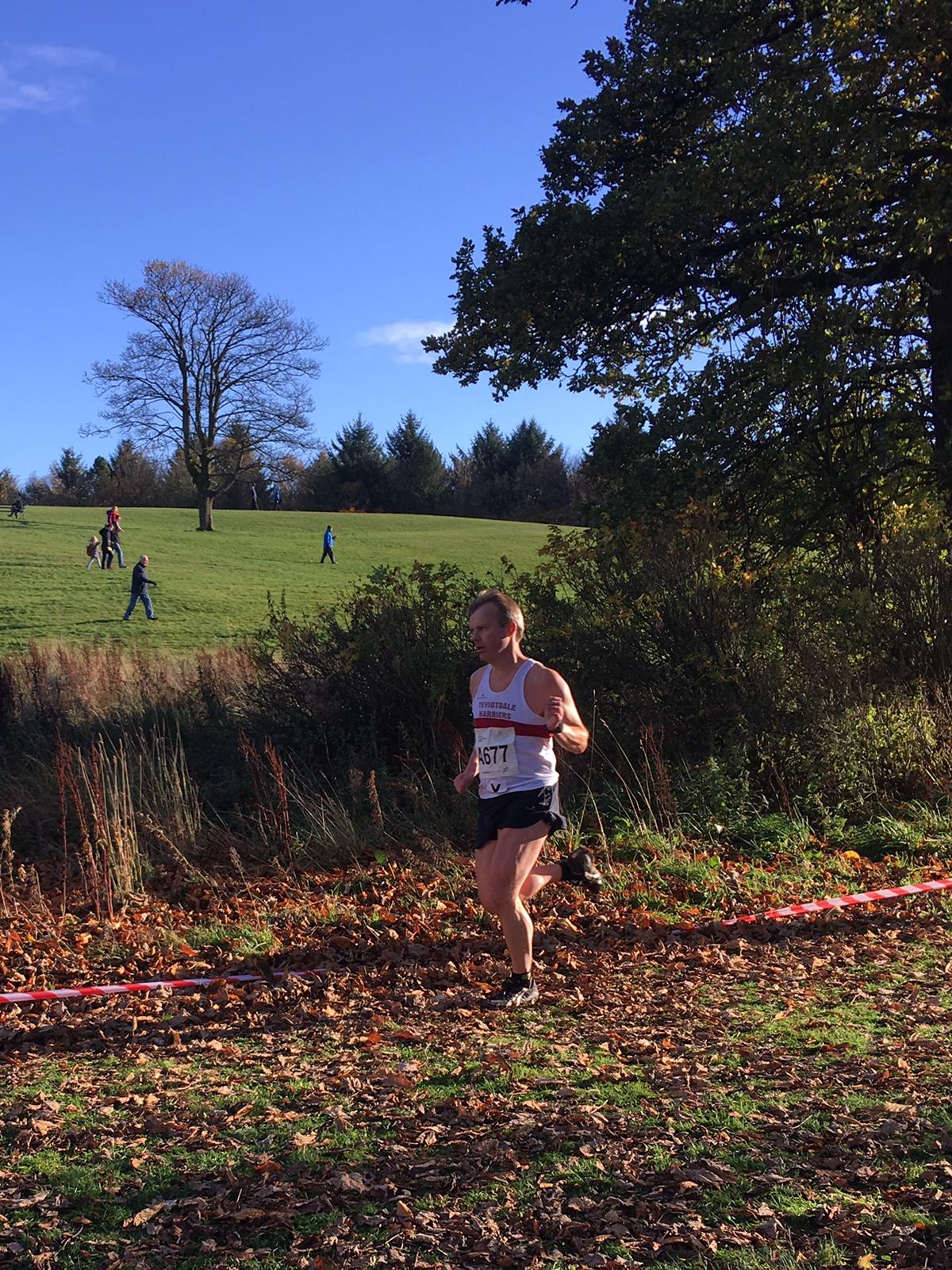 It was Rory Anderson and Alister Biggar that were given the task of the first leg, Anderson handing over to Chris Watson in a time of 13.33 while Alister just behind in a time of 17.17. 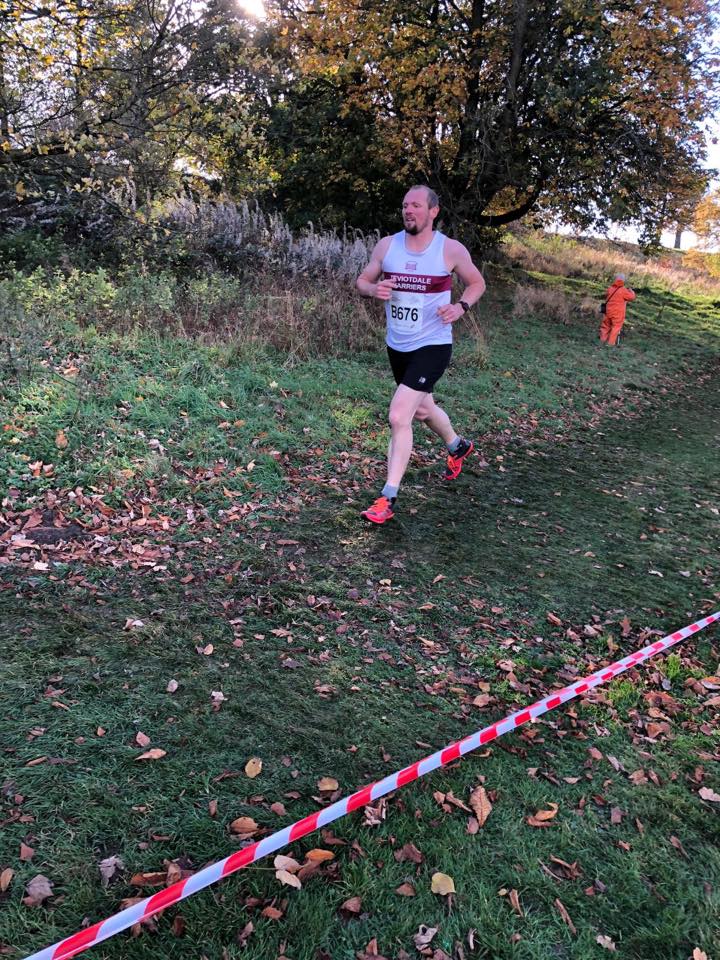 Chris who has returned to the sport after many years of playing football is beginning to show potential and made light work of the course completing his leg in a time of 16.14, Brian Harper passed onto Paul Lockie for the Harriers second team in a time of 16.44. Third leg runner’s veteran Alan Inglis and Paul Lockie, now in a stretched out field continued where their fellow Harriers left off and give it their all before handing over for the final leg, Alan clocking a time of 16.09 and Paul 19.59. It was Derek Clyne and President Alan Coltman on the final legs for the Harriers with the pair crossing the finish line in times of 17.14 and 19.19, completing the race placing the teams 92nd and 115th.

The Harriers continue their very busy cross country schedule with the Jubilee race, this Saturday and the first of the Borders Cross Country races at Lauder on Sunday.