Getting ready!!
A good number of Harriers both junior and senior made the journey to Broxburn to take part in East District cross country league race 3. The weather on the way up was heavy rain then on arrival the rain cleared and stayed off for the remainder of the day, but left behind a very wet and muddy course. First off for the club were the u13 girls on a 2.9km route. Connie Lothian crossed the line first for Harriers in a time of 15.17, 34th position, next in 38th position Carly Blaikie in 15.38 then Lucy Ash 16.04, 40th position. 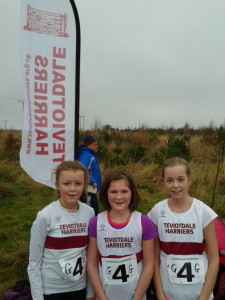 Next to run were u13 boys and Harriers had Fraser Clyne competing. Fraser completed his 2.9km route in 12.05, 19th position. 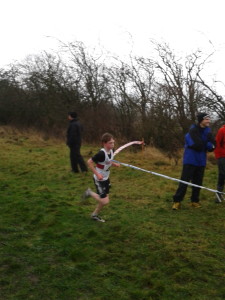 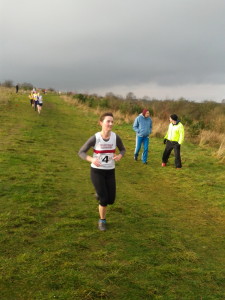 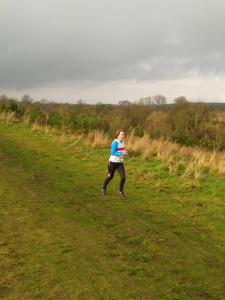 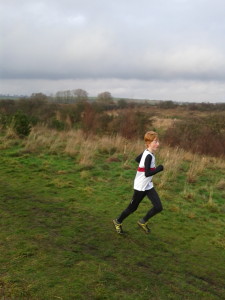 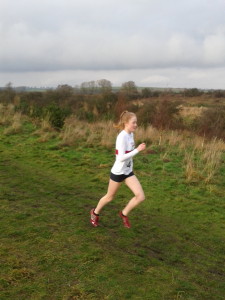 Ishbel on the downhill! 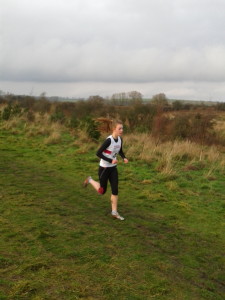 Emma on the move! 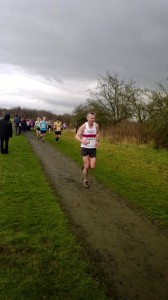 Alister Biggar in the thick of things!

Michael Yule heading for the descent! 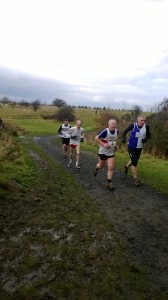 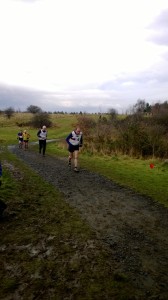