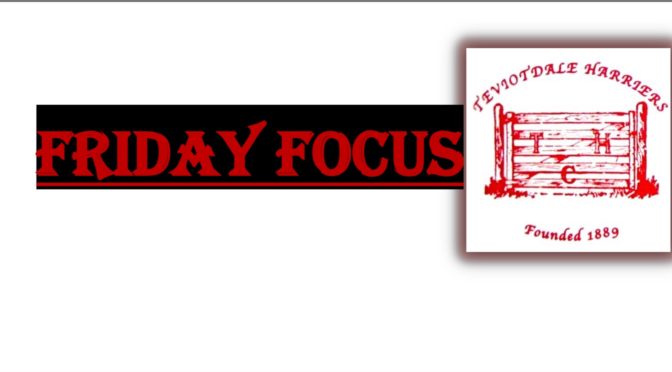 Alan Inglis recently completed his 100th half marathon and already his focus is on more, many, many more.

For serial runner Alan, who is now synonymous with Teviotdale Harriers, this wasn’t always the way.

The 50-year-old Langholm based accountant dabbled briefly with running as a teenager before an almost 20-year hiatus from the sport.

On June 23rd, 1984 at the tender age of 15, Hawick High School pupil Alan Inglis straddled his bike and pedalled his way to nearby Denholm. A fresh-faced Alan was there to take part in his first ever half marathon, the ‘Denholm Half.’

“I was only fifteen and hadn’t really done any training,” Alan said.

“I cycled from Hawick, ran the half marathon and then cycled back. It was before computers, computer games, mobile phones and daytime TV, there was not much else to do.”

Obviously not fazed by the daunting prospect of running 13.1 miles, Alan’s youthful enthusiasm saw him make a swift return to the start line.

He added: “I then took part in a couple of the original Hawick half marathons that ran along Hawick High Street. At the time I would run for the Presto team or the Pringle of Scotland team.

“I was never a runner and also never a member of the local running club  but took part just to stay fit for playing rugby.”

Rugby, was most definitely Alan’s sport of choice. Fast forward nearly twenty years to 2004 though and all this would change.

“I was overweight and unfit,” describes Alan.

“So, I decided to run another half. The Stornoway Half Marathon. I then at this point became hooked and started the journey towards the first 100.”

Anyone who has ran the distance knows all to well that some days are better than others. There are days when chaffing, blistering and fatigue pray heavy on the runner’s mind and can make them question their chosen event.

Alan’s outlook on becoming a Centurion half marathon runner, appears quite unique.

“I can’t say that I have disliked any of the half’s that I have completed but enjoyed some more than others.

“My favourite is definitely Glen Clova. I have taken part in this event, every year since 2004 and this year will be my fifteenth in a row,” he said.

“I have also thoroughly enjoyed running the five Hebridean half marathons (Stornoway, Benbecula, Skye, Barra & Harris) and the Water of Leith which is unusual as it is a handicapped half marathon.”

His enthusiasm for the race seems unwavering. On 2nd September, one week before his 50th before, Alan reached the magical milestone: “My hundredth half was Carlisle, which was a fantastic route.”

Not one to rest on his laurels, Alan already has the next steps on his half marathon legacy mapped out.

Alan says: “My plans for the future are to head towards 200, injury and age willing.

“Next up for me is a trip over the Irish Sea to the Galloway Bay Half Marathon and then north to Glen Clova.”

The running bug has its teeth sunk deeply into Alan and I’m sure we all wish him well as he tackles the next 1318.5 miles (plus training) towards his 200th half.