For the second year in a row Teviotdale Harriers ventured North and entered into the spirit of the ‘Dramathon.’

Departing Hawick on Friday, 11 runners plus team manager Derek Scott set off with excitement and anticipation but there was also a little nervousness (Degsy was driving).

The Dramathon is a multi-race event and is based in the heart of Scottish Whisky. The registration and finish are at the Glenfiddich distillery in Dufftown and the route meanders along the beautiful Speyside Way.

Bruce Hughes, Rory Anderson, Colin Welsh and Greg Walker would take on the marathon distance 4-leg relay. Frank Birch and Paul Lockie had signed up for the half-marathon, whilst Alan and Donna Inglis, Craig and Sylvia Grieve along with Chris Watson would race around the 10k.

With ‘The Adventure Show’ on hand to film all the action, the journey proved to be a neat idea as Teviotdale claimed 4 podium places.

The relay team defended their title and Craig and Alan both made the top step. Craig for the second year in a row. Donna added to the success with a merited third place in her category.

An early Saturday morning start saw some bleary-eyed runners board the bus at their Loch Insh digs and begin the journey to race HQ at the Glenfiddich distillery.

On route, we were treated to a simply breath taking mornings drive. Stunning views mixed with vivid Autumn colours, stretched high all around us. The skirting skyline washed a deep red hue amidst the imposing hills as the early morning sun woke from its slumber. All aboard the bus promptly had their senses well and truly stirred (well nearly everyone).

Following a hasty dash to registration by team manager Degsy, the group were ready for action. Bruce along with the rest of the relay and marathon runners were bused to the Glenfarclas distillery for the official start of the event, with leg two runners, including Rory Anderson bused to Ballindalloch.

Rory raced to Tamdhu, where leg three runner Colin and all the half-marathon entrants, Frank and Paul included would begin their runs.
Colin would hand over the metaphorical baton to Greg for leg four at Aberlour, as Frank and Paul continued to the race end at Glenfiddich.

It would also be over this last leg of the race at Aberlour where Alan, Craig, Donna, Sylvia and Chris would be on their marks along with the rest of the 10k competitors. 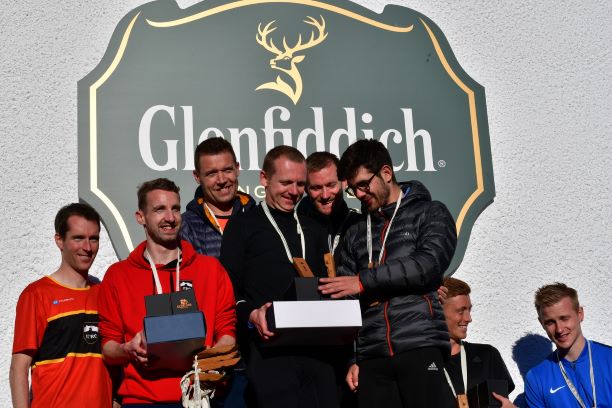 In the 55-team relay, Bruce mixed it with the leading group of runners before drifting slightly over the last mile to hand over to the waiting Rory in second place. Within the first 300m Rory had sped to the front and there was to be no looking back. Rory passed on to Colin with a sizeable lead and Colin flew around his section to leave the team in pole position. Greg showed no complacency and gave his all to break the tape in 2:41:12 a full seven minutes ahead of the second-placed team from the Insch Trail Running club. The team from Tamdhu distillery, which included Scottish International runner Kenny Wilson finished third. 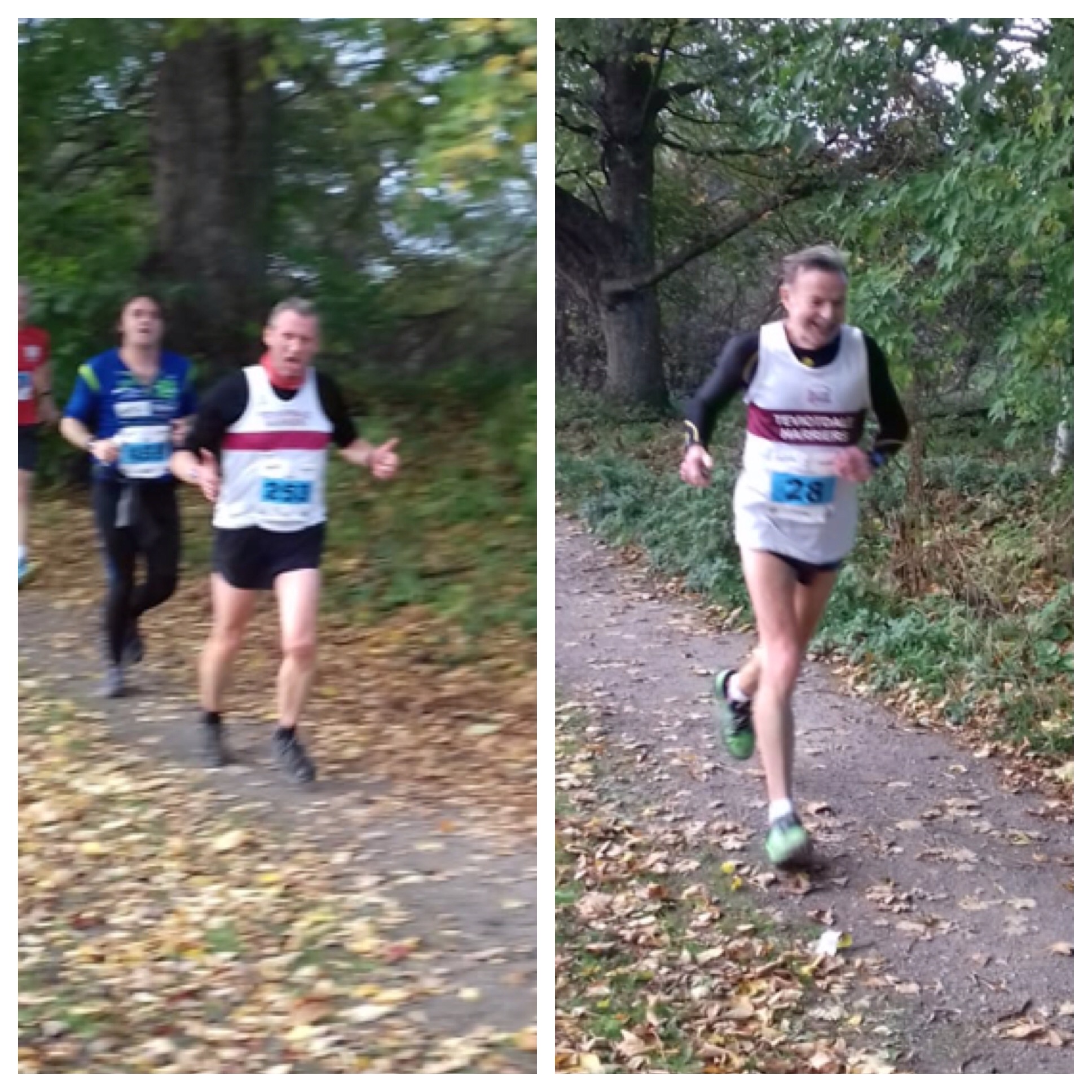 Frank and Paul joined 384 others to take part in the half marathon and both enjoyed their race. Starting near the Tamdhu distillery Frank and Paul settled into their running and took the chance to enjoy some of the sights and sounds along the way. Frank even took the opportunity to make friends enroute.

211 runners including Alan, Craig, Donna, Sylvia and Chris were bused to Aberlour for the start of the 10k (ish) race.
Craig was the defending Dramathon 10k champion but unfortunately could not repeat his success. He still finished a credible fourth overall in a time of 46:30. His efforts still allowed him a trip to the top step of the podium as this secured him the title of vets (over 40) champion. 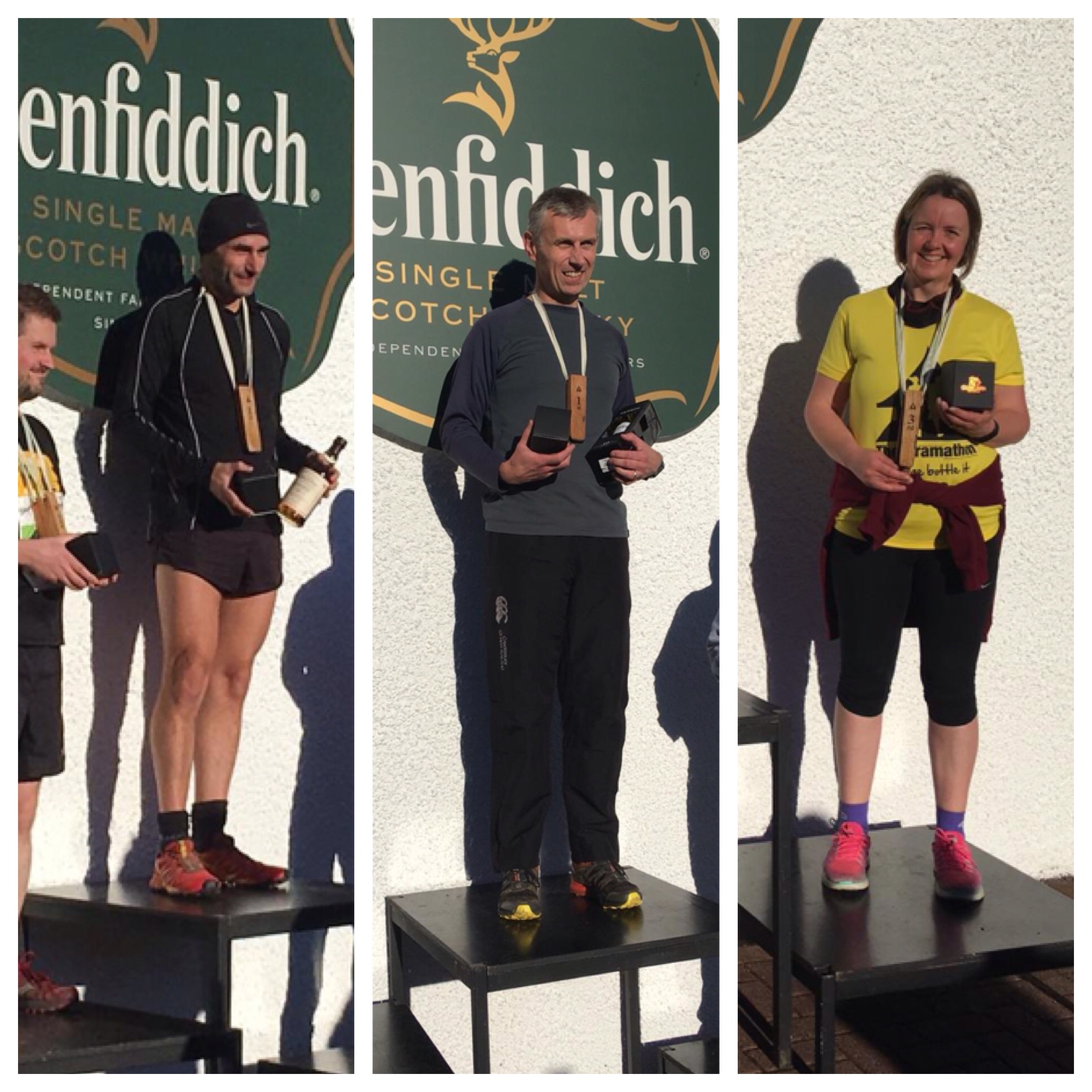 Alan had finished runner up to Craig the previous year but got to sample the adulation for himself as he finished first in the super-vet category (over 50). Alan finished in overall fifth with a time of 48:12. Chris was next to appear around the final bend and powered home sixth overall in 48:49. 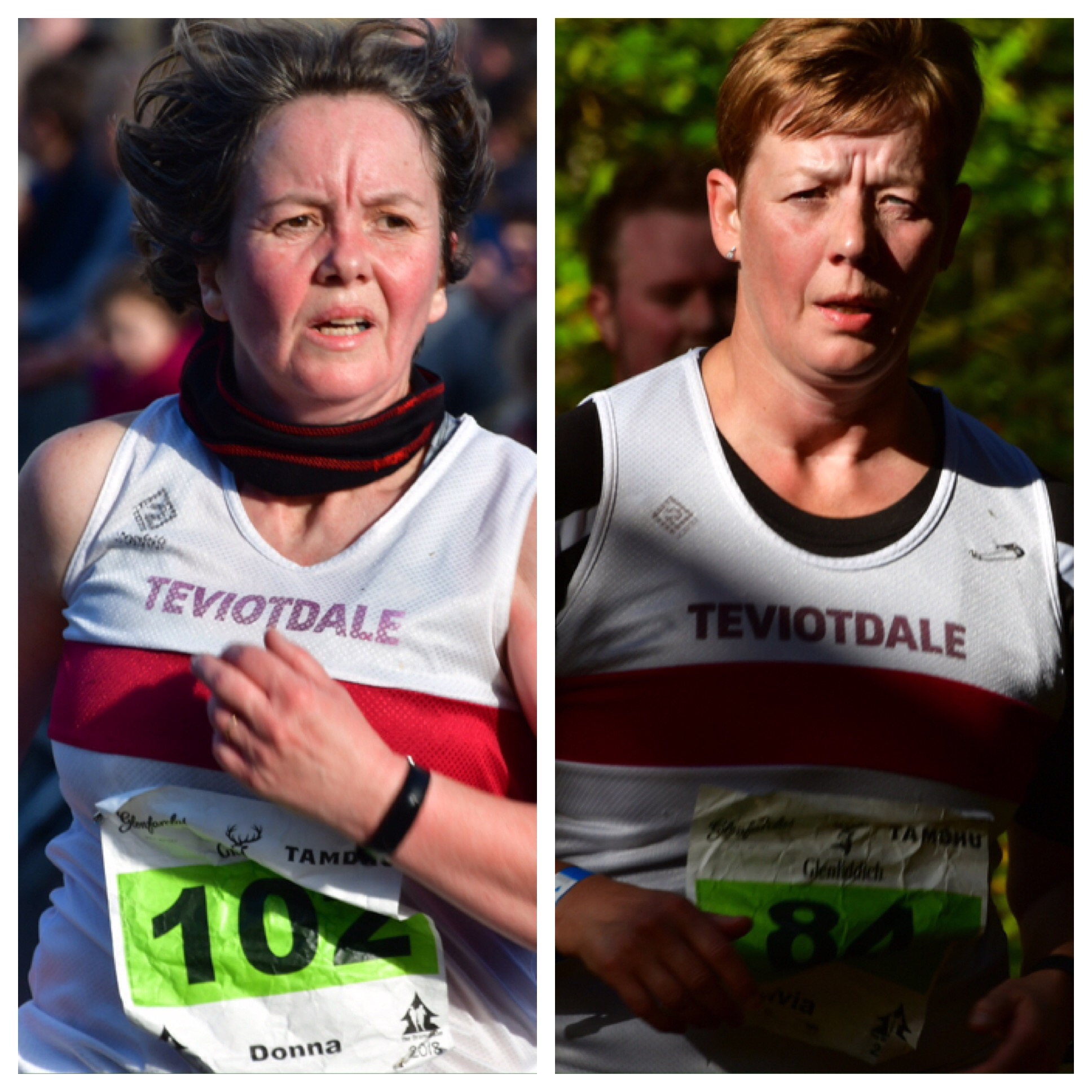 Donna was next home for the Harriers. Donna ran 1:03:55 and this fine run placed her third in the super vet race. Sylvia placed 11th in her category running with grit and determination in 1:16:56.

The squad mustered for the prize giving and were joined by Grant and Mary Moyes who had made the journey to enjoy a weekend away and to shout their encouragements. For Craig and Alan, it was to be Whisky galore as they were presented with bottles for their category victories. A somewhat perplexed and bemused quartet of relay runners were disappointed not receive such a prize for their efforts though.

The team all returned to Loch Insh before heading into Aviemore for well-deserved refreshments and a bite to eat. A short while later the merry bunch enjoyed the local singing talents at the Cairngorm Hotel and Rory and Greg showed a couple of lovely ladies how Hawick men dance. One conga line later and it was time to bring an end to a fantastic day.

An early start gave a few the chance to enjoy the water sports on offer at Loch Insh before the long drive home to the Scottish Borders. The drive home was quite uneventful apart from the threat of a parking ticket and a quick drop-off at Dobbies Garden Centre.