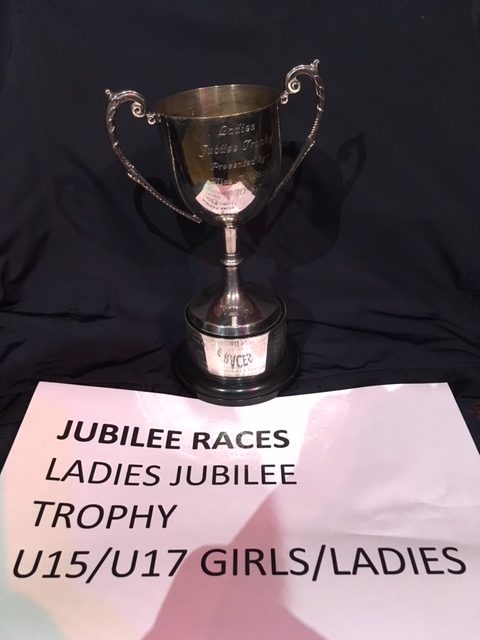 On 5th September 1930 the ladies of Hawick first took to cross country running and the captain who led the pack that day was Betty White.

Betty was present at the Bath Street clubrooms in September 1980 when their Golden Jubilee was celebrated with a special run. In January 1981 Miss White presented the club with a trophy to be known as the Ladies’ Jubilee Trophy.

A. Bennett was it’s first ever winner.

Now the 2.35 mile race is held up the Mair and see’s runners start and finish on the racecourse.