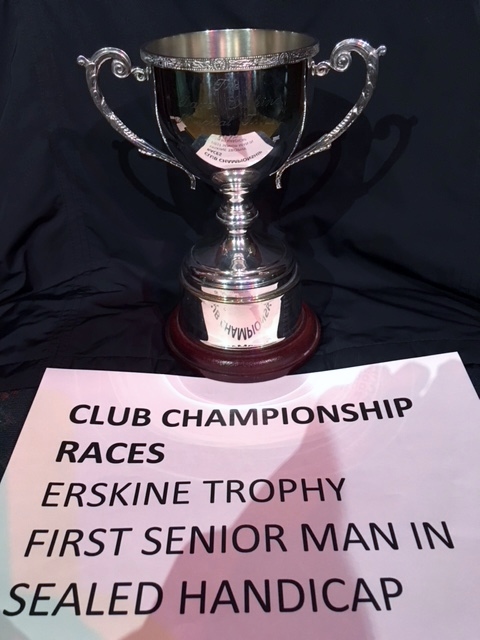 The Erskine Trophy was donated by Mrs Erskine whose late husband Dave was Club Champion for five  consecutive years 1922-26.

First raced for in 1979, The Erskine Trophy is awarded to the winner of the Senior Men’s sealed Club Championship handicap.

Derek Clyne and Donald Hunter were joint first winners in 1979.

A replacement Erskine Trophy was presented in 2000 by Mansfield Bar owner Eck Peffers who was Dave and Mrs Erskine’s son-in-law.

Billy Fraser was the first winner of the replacement trophy.