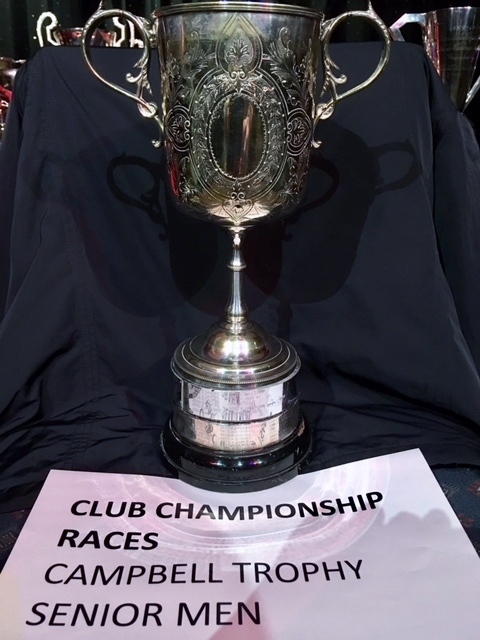 The Campbell Trophy was donated to the club by John Campbell in 1951.

John, was a prominent Harrier in the 1930s and later devoted much of his time to officiating.

The first winner was Douglas Campbell, John’s son. Douglas had just completed the senior club champion hat-trick but amazingly Douglas was only 16 and had also just won the junior championships for the last three years.