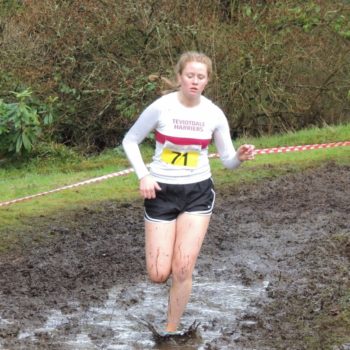 The prestigious culmination to the cross country season proved to be a sapping test that demanded concentration as well as effort. Runners wouldn’t want it any other way.

With the Harriers tent adeptly erected to provide some respite from the squally conditions, it was time for the runners to venture forth and tackle the course.

Junior Captain Thomas MacAskill and Harrison Hughes were first under the starters gun and both ran with grit and determination. Competing among the 164 U13 boys on a 3.2km course, Thomas (12:25) finished 40th, with Harrison (14:48) 149th. 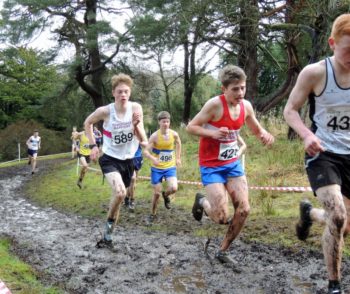 Next running the same 4.2km course was 150 U15 boys, including an impressive Fraser Clyne. Following on from his recent sixth place finish at the Broxburn East District League Race, Fraser finished a hard earned 13th in a time of 13:48.

The Senior Women’s three lap 10km race was next to feature Harriers as 269 women raced around a rapidly deteriorating course. Kirsty Hughes after a steady start, got into her running around the last two laps to finish 234th in a time of 1:00:17. Lauren Corbett did not finish. 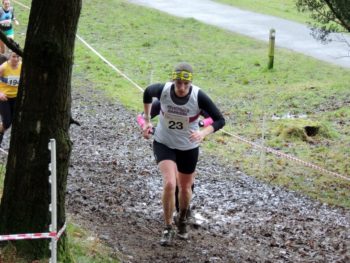 This Saturday 4th March will see the last club race of the season as Harriers compete around Hawick Moor in the Cup Races. Registration is at 12:45 with the first race at 13:30.