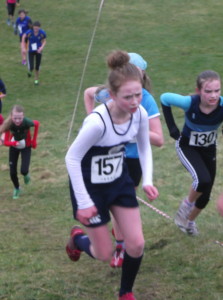 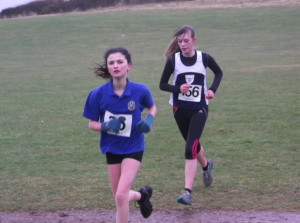 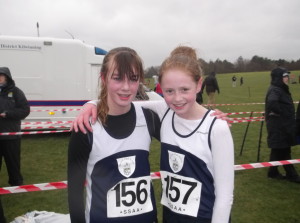 Two of our junior harriers, Ishbel Inglis and Emma Grieve took part in the above event back on Saturday 9th March 2013 – the morning after Presentation Night!

This event was the Secondary Scottish Schools Cross Country Championships with schools, both private and state, travelling from all over the country from as far north as Ullapool down to the Borders in the south. There were 140 schools competing and It was held at Beach Park, Irvine on Saturday 9th March 2013. The conditions underfoot were good but it was wet and windy during the race.

It began on a short straight then turned into a fairly undulating course with a number of steep climbs up to a view over the sea, then a downhill strip before rounding the bend into a deep dip and steep rise into a tight corner leading onto the finishing straight.